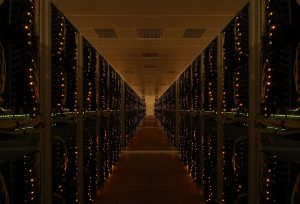 Even the “experts” are faking it sometimes.

I don’t mean to sound alarmist, or want you to put on a tin foil hat. But you should be worried. People just simply can’t use computers. Most of them, anyway.

I talk to the executive assistant in order to help her solve a problem. The problem was solved months ago, and it has an easy solution. I’ve written an article in our internal wiki with step-by-step instructions on how to solve the problem. I tell her she can use the article to solve her problem. I watch as she fires up Internet Explorer. She’s still running Internet Explorer 8 in 2013. She has 5 browser toolbars installed, and it’s taking up half of the viewport of her browser. She does a Google search and she’s looking at her keyboard for every key she types. She’s only using two fingers to type, one on each hand. She can’t figure out how to get to the internal wiki. She can’t use a computer.

Why you should worry: the people who are setting the schedules and performing key tasks that keep businesses running are often relying on sheer guesswork to get their jobs done.

I’m helping a software engineer try to diagnose a problem with his code. After some discussion, I realize that a system update is likely the culprit. He has the window open with the list of system updates, but after 10 minutes of searching, he still can’t find the latest system update. I try to keep my mouth shut — it’s painful to watch him struggle to use the computer. He doesn’t have the window maximized, and he can’t see all the information he needs without scrolling back and forth. He’s spending lots of time scrolling all around and somehow still doesn’t realize he can sort by date by clicking on the date column. I ask if I can help, and I take control of the mouse. I maximize the window, sort by the date, and find the culprit in 5 seconds. He can’t use a computer.

Why you should worry: some of the smartest software engineers aren’t familiar with modern usability of computers. They’re stuck in past and haven’t made a consistent effort to invest time in learning how to really use a computer, even if they understand how it works mathematically and physically.

I just moved into a new apartment and I need to pay my bills online. We don’t have internet access setup yet, so I ask my neighbor if I can use his WiFi for just a minute. He’s happy to help, in fact, I learn that he’s an IT consultant. Cool, we’re in the same industry. “This guy will get me”, I think. He writes down his WiFi password on a sticky note. I cringe when he does this instead of entering it himself on my computer. I don’t say anything. Besides, the password doesn’t work. I ask him to double check the password. He comes back with a different password. It doesn’t work either. He doesn’t know what to do. I look at the sticker on the side of his router. I enter the password written on the sticker. It works. I pay my bill online, I delete the record of his password from my computer, and I invite him for a beer at my apartment. He can’t use a computer.

I’m talking to the chief of software security of semi-large public corporation at a software meetup. He suggests that MD5 and SHA1 are cryptographically safe algorithms for storing passwords in databases. I tell him about bcrypt and scrypt. He says that they aren’t good enough. I ask him about salting his hashes. He has no idea what a salt is. He’s entirely serious. I’m lucky that I brought my laptop. I show him how easy it is to break an MD5 hash, simply by using Hashcat. He thinks I’m the next Kevin Mitnik and that I’m going to end up in jail. I think he can’t use a computer, and I secretly hope he’s joking. His company still exists, and they haven’t been unlucky… yet. [Edit: A year after publishing this article there was a very public breach of this company and many millions of user records, including credit card information, was compromised.]

Why you should worry: companies that are managing your data, your accounts, and your passwords that have millions of users don’t know what they’re doing.

One of my friends is lamenting that I don’t have a Facebook account, and that he can’t show me his pictures because I’m not on Facebook. I tell him about Facebook’s practices — about how they sell your personal information to advertisers, how they do analytics and only show you what they think you want to see. I tell him about high profile court cases where people have gone to jail or have lost their entire lives to divorces because of Facebook. I tell him this because he’s the kind of person that puts everything he does online, and he’s at risk. I’m worried about him. He believes me, but he can’t imagine keeping in touch with his friends with any other method of communication. He can’t use a computer.

Why you should worry: supposedly young “digital natives” may not really know what they are doing with computers and can be a danger to themselves.

A friend of mine is freaking out because all of her music is gone from her iTunes library. I look on her computer in iTunes, and find that its referencing a hard drive that doesn’t exist on the computer any longer. I look on her desk and notice an external hard drive isn’t plugged in. I plug it in. Her music is back. She can’t use a computer.

Why you should worry: Apple created a super easy interface for the digital age with iTunes and the iPod, but this is all dependent on fundamentals of computing. Young people still can’t figure it out at times because they don’t really understand how a computer works.

Flashback time now: My high school history teacher is trying to use Windows Media Player to play a video for the class — this is Windows XP days. Everything is slow: nothing will work. I suggest he let me take a look. I open up the process manager and the computer is full of obvious viruses and spyware. It’s hopeless for now, but I meet with him after class, so we can fix the problem for the future. I suggest he wipe the computer and reinstall the operating system. He gives me a blank stare. OK fine, I’ll do it. I ask, “Where’s your Windows disk?” He points to a stack of cds sitting on the floor. The cd stack comes up to my knees and it’s covered in dust. I search through the stack and only find music cds and AOL disks. I tell the teacher I’ll come back later in the day during lunch to fix it. He says I don’t have to do that, but I’m on the warpath. I find the computer teacher during lunch, tell him about the situation, and ask him if he can reinstall the operating system. He gives me a blank stare. I ask him if he has a Windows XP disk. He says I’m not allowed, and that he’s not going to reinstall the operating system because it’s not part of his job to do so. I go home, torrent an .iso of Windows XP, burn a disk, and reinstall Windows XP on my history teacher’s computer the next morning using the product key stored in the registry. The computer teacher can’t use a computer. The history teacher can’t use a computer.

Why you should worry: the people who are supposed to raise the next generation of innovators, computer scientists, and software engineers don’t know what they’re doing at times.

Maybe it’s not so bad that the computer industry has people in it that are only functioning by playing duck-duck-goose with a computer. Or maybe it’s OK that young people just have a working knowledge of a few applications. The teachers, however, really worry me. I don’t blame them — teaching isn’t the sexiest gig (in America). It’s not the best paying job either. But if our computer teachers can’t teach — if young people can’t learn the basics about programming, cryptography, software engineering, electrical engineering, or — for god’s sake — how to simply manage a computer, how can we expect them to live in a world where literally everything about life involves a computer? How can we expect them to make smart choices about civil liberties, or business, or charity, or even morality?

Enter for the Science Without Borders Challenge for Primary/Secondary School Students 2018
How to Stick to Your Goals When Life Gets Crazy
Why Every Successful Person Thrives on Negative Feedback
8 Ways to Make Students Feel Welcome on First Day of School
What can independent schools do to stay strong in 2018?
The Only Thing to Care About If You Want to Succeed
25 Things Successful Teachers Do Differently
5 Common Mistakes Smart People Make